This is an article that I read on The Gospel Coalition website a few weeks ago. This story proves why we are focusing on more training of Christian leaders and discipleing believers in Africa at UWM (read to the end to hear more). It is an inspiring story of what God can do through anyone.

He was cursed before he ever came out of his mother’s womb.

Maxwell Blay grew up in Ghana as an outcast of his tribe, stigmatized as unclean by virtue of being the tenth-born of his mother. The Bulu curse branded him and all those around him. Yet he had not been aborted before birth—the fate of his kind—or killed or abandoned in the jungle. Instead, his parents chose to keep him, even in the face of condemnation. His mother, strengthened by her Christian faith, put her trust in the Lord in sending Maxwell to them.

The belief in Bulu or Badu, the Ghanaian name meaning tenth-born child, springs from dark tribal folklore in remote areas of the country, and marks people as cursed. This same superstition applies to so-called “spirit children,” those born disabled or diseased, or whose mothers die in childbirth.

Though no official statistics exist, it’s believed that thousands of babies have been put to death. Untold more are abused, exploited or abandoned.

Maxwell, whose wife, Joana, is also the tenth-born in her family, carries a heavy burden for castaways. Through God’s miraculous providence, he became founder and president of Ransom Foundation, an indigenous Christian charity. In 2007 he partnered with the Children’s Hunger Fund Mercy Network (CHF)to reach out to people in dire poverty. To read more….http://www.thegospelcoalition.org/article/bringing-christ-to-castaways

In 1910, 9% of Africans professed to be Christian. Today, that number is 38%. This tremendous growth has left Africa in a desperate need of discipleship and leadership training. By 2050, it is estimated that 1 in 3 Christians in the world will be African. 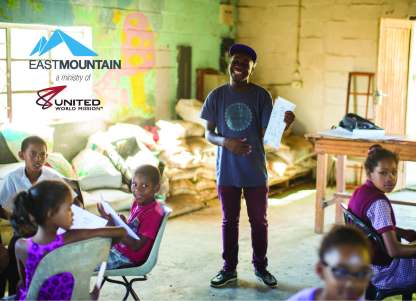 One of the ways we, UWM and the RouseHouse, are tackling this great need is through a ministry in South Africa called East Mountain. They are dedicated to developing Christian leaders from Africa as well as the US. Participates in the East Mountain program receive practical experience in local ministry while being mentored spiritually and theologically by seasoned leaders. These participated return to their local communities more equipped to be effective, godly leaders. m,mm

I am very excited to share with you that Lara and I will have the chance to visit East Mountain in Cape Town this month! We both feel blessed to have this opportunity to travel together as well as it is the first time in 5 years that both of us have been in Africa!!! Please pray for us as we prepare and travel to South Africa. We will be sure to send some vlogs (videos blogs) while we are there.

Thank you for all that you do in partnering with the RouseHouse!

One thought on “What Africa really needs”